Complexity Begets Complexity: What do we overlook in a rapid-growth industry?

The struggles of the wind industry in the early 2000’s were largely fundamental. We were faced with issues such as finding suitable sites, measuring and calculating wind resource, checking for suitable grid connection points and gaining trust from stakeholders that the technology would actually work and bring a sufficient return on investment.

The issues confronting the wind industry today are different to those of two decades ago, however they are no less fundamental. With the sector scaling rapidly, challenges from an operational perspective are becoming increasingly complex, and failure to address them could undermine the long-term viability and profitability of many projects.

In this piece we provide insight into several of these challenges that hold relevance for developers, owners, and asset managers alike.

As we build larger, onshore wind farms closer to populated areas, mitigating noise pollution is crucial. Often it is necessary to implement noise restrictions, forcing specific turbines to operate at reduced power levels either continuously or at certain times of day or wind conditions.

Given the need to automate performance monitoring wherever possible for large fleets of wind turbines, the risk of incorrectly interpret the control mode, missing unintended or incorrect curtailment and potentially leaving some megawatt-hours on the table becomes high.

Due to the limited availability of sites for constructing onshore wind farms, the spacing of turbines has generally reduced over time. In some cases, additional turbines built as part of a wind farm extension are located very close to existing units. The addition of more turbines means more power output and more potential revenue per square kilometer, but it is likely that the resulting wake losses will be higher and turbulence limits may be exceeded.

In order to avoid the resulting excessive loads, a calculation is then made to determine the impact on the life of new turbines, and sometimes also on its neighbors. In some cases sector control may be introduced, whereby one or more turbines may be required to reduce power or even stop, when the wind is coming from a certain wind sector. The control strategy used in such scenarios is complex, with the inclusion of hysteresis rules to dampen the response to short-term changes in wind direction, leading to yet more challenges in understanding and optimizing the turbine performance.

In order for control strategies such as noise control and sector control to function correctly, it is important that the turbine measures environmental conditions as accurately as possible. A common error is to ignore the important calibration of the turbine northing, a process whereby the turbine is oriented to true north, and the controller is set to record this position. During subsequent operation, the facing of the turbine is calculated relative to this initial calibration.

The turbine measures the wind direction relative to the nacelle direction using a wind vane or ultrasonic sensor. If the turbine facing has not been correctly calibrated, any error will manifest itself in a wind direction measurement error, and the turbine is said to be subject to “northing error”. If such turbines are operated with wind-direction dependent noise mitigation or load management (as described above), the performance will not be as intended. At the least, production losses are likely and at the worst, excessive loads may lead to turbine damage or even reduced levels of safety.

The issue of northing errors currently affects a significant number of turbines today, and the related problems described above can be easily mitigated through efficient detection of the affected machines and a relatively simple corrective procedure at the next maintenance interval.

The strong focus on installation and commissioning of new wind farms with larger machines, rather than the optimum operation of existing assets may have a significant long-term negative impact on our industry. However, this is avoidable since we have the tools and processes required to remotely detect, diagnose, and correct problems such as incorrect sensor calibration or turbine control on a fleet scale. Such techniques need to be combined with a proactive asset management culture that looks deeper into the performance of each turbine and aims to achieve operational excellence. Once best practice has been established, this too can be scaled fast to allow a rapidly developing and expanding wind energy industry to achieve its full potential.

Stay up to date with us 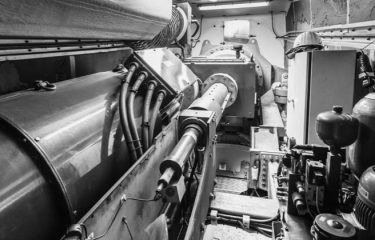 Third Party Sensors in Wind Turbines: why open data is a win for everyone 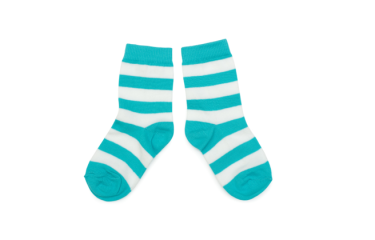 Physics of Failure (and socks)